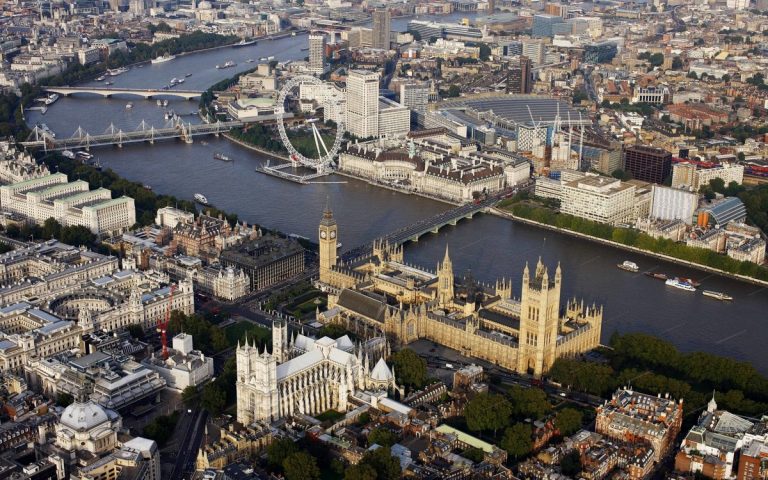 As provided by subsection 3 of Section 371AA of Taxation (International and Other Provisions Act) 2010 any person (natural or legal) resident in the UK may be controlling person of a CFC.

Nevertheless, the main aim of CFC rules declared in the UK is countering tax evasion in form of transferring of profits abroad by additional charge of tax on such profits. This aim is concerns corporation tax only, the payers of which are legal entities. The CFC charge may be applied only to legal entities in situations prescribed by CFC rules.

This means that only legal entities resident in the UK may be controlling persons of the CFC for purposes of corporation tax. Legal entity is resident in the UK if it was incorporated in the UK or if the management and control over it is exercised from the territory of the UK. It is necessary to take into account that English Limited Partnerships are out of scope of CFC regime because they are not considered to be legal entities and independent taxpayers.

The definition of control established by CFC rules in the UK provides that such control may be exercised in the following manners:

Legal control can be exercised by one or by several UK resident persons jointly, which are not necessarily affiliates in relation to each other. The definitive matter is ownership of rights which enable a person to control the CFC in accordance with its intentions, and in case such ownership is joint all of joint owners are considered to be exercising legal control over the CFC.

The abovementioned “40% rule” is applicable only if a joint control over CFC by both UK residents and non-residents takes place. The particular numeric expression for threshold of ownership of interest, shares or voting rights is not applicable in other cases.

In contrast with some other jurisdictions where such numeric expression is established by law for purposes of detection of CFC’s controlling person status, most often as 25%, in the UK only the ability of a person to control the CFC in accordance with its intentions is definitive and is to be assessed in each case individually without using of any number or proportion.

It is important that the tax for CFC’s profits must be paid only by those controlling persons which are entitled for at least 25% of CFC’s profits, and if the ownership is less, the obligation to pay tax does not arise even if the person meets all other criteria of control over CFC.

The indirect receipt of profits for purposes of determination of economic control may take place in situations when UK resident person receives money not from the CFC itself, but from other non-resident companies which form the same group and pay the money from one to another.

The profits may also take a form of financial benefit. In particular, such benefit arises when one company sells the shares of other company of a same group and set the proceeds of sale off its debt to a controlling person.

In certain cases, the economic control rules are not applicable to organizations which carry on banking business: their right to receive profits from sale of subsidiaries’ assets in case of default on a loan is out of scope of economic control.

The “40% rule” is applicable for joint economic control over the CFC by UK residents and non-residents to the same extent as for joint legal control: the resident is deemed to be the controlling person of the CFC if it owns not less than 40% of economic rights when the  ownership of same rights by non-residents is from 40% to 55%.

This rule is applicable when not less than 50% of foreign subsidiaries’ profits are to be distributed to parent company resident in the UK. At the same time, the fact of issue of consolidated accounts by the group of companies is not taken into consideration: the essential matter is the relation of parent company and subsidiary between the CFC and its controlling person, if the obligation to issue consolidated accounts could be imposed on a group in accordance with UK accounting standards.

Income of a controlling person in a form of undistributed profits of CFC is not subject to taxation in the UK in the following cases:

The second condition necessary to apply exempt period exemption is that CFC must have some other exemptions (see below) in the accounting period which follows the exempt one. If this condition is not met, CFC charge may be applied to profits of the first accounting period thereafter.

At the same time, the following jurisdictions are not included in the list: Bulgaria, Cyprus, Estonia, Hungary, Ireland, Latvia and Lithuania from the EU; offshores like British Virgin Islands, Cayman Islands, Seychelles, Saint Kitts and Nevis, Mauritius; other jurisdictions like Hong Kong, Singapore, Liechtenstein, Switzerland.

The abovementioned exemptions are applicable to profits of any type if all necessary criteria are met. Besides it, there is one special exemption in addition to those general exemptions for those profits of CFC which were received as a result of granting qualified loans to affiliates.

The loan is deemed to be qualified if granted to an affiliate of CFC using the profits from non-trading financial activities (see section 2 of the table “CFC charge” below), and the CFC has premises (office) in its jurisdiction of tax residency which in fact is used to conduct business activity there.

Most often, the 75% of profits received as a result of granting qualified loans are subject to exemption from tax in the UK, however full exemption of such profits is also possible in some cases. In particular, the profits of CFC from qualified loans are fully exempt if received in a jurisdiction of tax residency of the borrower as a result of additional issue of shares of holding company for group financing purposes.

There are 5 CFC charge gateways passing of which makes some profits of CFC taxable in the UK:

Thus, it is necessary to complete the following steps in order to know whether UK resident must pay CFC charge on undistributed profits of a CFC:

Liability for non-compliance with CFC rules

As it was mentioned previously, the obligations under UK CFC rules in fact are imposed only on legal entities which are controlling persons of CFCs. The main obligations are filling in the CFC section of corporation tax return and payment of CFC charge if it arises.

Commonly, the penalty for provision of false information in tax return is imposed on a legal entity itself which is controlling person of a CFC; but in some cases when officer of a company (director, manager, secretary) acts deliberately, the penalty may be imposed on him/her wholly or partially.

The standard time limit to arrange an assessment and impose a penalty for infringement is 4 years after the end of accounting period of controlling person, but may be extended up to 6 or 20 years depending on different circumstances.