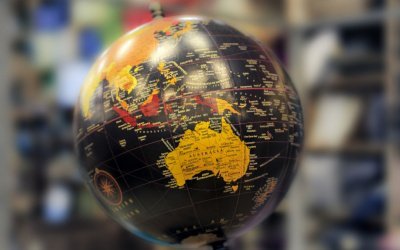 Almost all countries with normal taxation have their own lists of tax-free territories (so-called ‘offshore’ jurisdictions). The main purpose of such blacklists is to prevent use of tax exemptions or reduced rates in transactions with countries where there is no taxation or where taxation is incomparably lower than in a country of source of income.

Latvia, like other EU Member States, has its national list of low-tax or tax-free countries and territories. These countries are listed in the Terms adopted by the Latvian Cabinet of Ministers under No. 276 of 26 June 2001, as amended (further – Terms No. 276).

As on 2017 this list contains the following 65 countries and territories:

If a country or territory is included into the above blacklist, a 15% withholding tax will be imposed in Latvia on any payments made by Latvian companies to residents of such country (according to paragraph 8 of article 3 of the Latvian Corporate Income Tax Act 1995).

A Latvian company entering into contractual relations with counterparties from the specified jurisdictions, should in advance estimate tax consequences of payments to residents of such countries.

For example, dividends payable by a Latvian company to a non-resident legal entity, are usually exempt from the withholding tax. But if a receiving country is listed in the Terms No. 276, such dividends will be subject to 15% withholding tax. Other types of payments (including payments for goods and services, interest, royalties etc.) made to the listed countries are taxed the same way.

At the same time, paragraph 2 of the Terms No. 276 stipulates that a country or territory mentioned in the above list is not considered to be a low-tax or tax-free beginning with the year from which the application of an international treaty for avoidance of double taxation and prevention of tax evasion (DTT/DTA) in respect of such country begins, or beginning with the date from which a tax information exchange agreement in respect of such country enters into force, unless otherwise is provided in such treaties.

This means that a country which committed an obligation to provide tax information to Latvia (either under a bilateral or multilateral treaty) ceases to be considered ‘offshore’ for tax purposes in Latvia, and the 15% income tax on payments to residents of such country is not withheld.

For example, the Republic of Seychelles is no more considered to be a tax-free jurisdiction beginning with the 1 October 2015. This is due to the fact that both Latvia and Seychelles participate in the OECD Convention on Mutual Administrative Assistance in Tax Matters 1988 (as amended by the Protocol 2010).

This treaty obliges participating countries to provide each other with tax information and other forms of legal assistance. The Convention entered into force for Latvia from 1 November 2014, and for Seychelles – from 1 October 2015. Besides Seychelles, many other low-tax and tax-free jurisdictions (Belize, British Virgin Islands, Jersey, Mauritius, St. Kitts and Nevis, St. Vincent and the Grenadines, and others) have acceded to the said Convention.

However, to make a correct conclusion whether a Latvian company needs to withhold the tax at source or not, each specific situation must be analyzed separately. In such cases, it is recommended to contact a lawyer, a tax consultant or a tax authority.