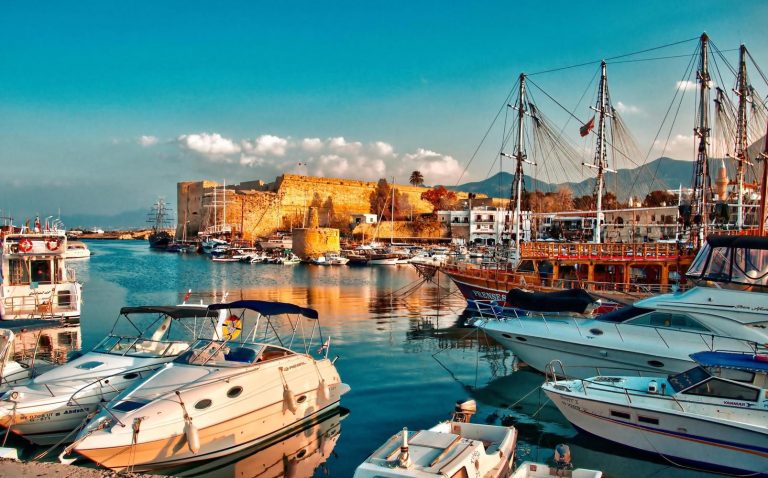 Contents:
1. The European Commission’s report on implementation of the Anti-Tax Avoidance Directive
2. Singapore plans to step up its fight against tax abuse
3. Cypriot passports under media attention again
4. Hong Kong – Macau double tax treaty in force
5. Rating of countries by the level of money laundering risk

On 19 August 2020 the European Commission published its first report on the implementation of the Council Directive (EU) 2016/1164 of 12 July 2016 laying down the rules against tax avoidance practices that directly affect the functioning of the internal market (hereinafter – the Directive) that was adopted to implement BEPS Action Plan at the EU level.

The Directive provides for a set of measures aimed at countering the most common forms of aggressive tax planning. It contains minimum standard rules that EU Member States must include in their national tax legislation, primarily in corporate income tax laws.

The measures provided for in the Directive cover five areas:

The first report shows the results of assessment of implementation of the three priority measures – interest limitation rule, GAAR and CFC.

According to the report, the following countries have notified of the national implementation of these three measures and have passed checks of conformity of the notified measures with the Directive: Finland, France, Greece, Latvia, Lithuania, Malta, Poland, Slovakia, Slovenia and Sweden.

Four countries (Austria, Denmark, Iceland and Ireland) as on the date of the report have not yet fully complied with their obligations to adopt and notify transposition measures. In respect of other EU countries not mentioned above, the assessment procedures are ongoing.

Singapore plans to step up its fight against tax abuse

The Ministry of Finance of Singapore proposed a number of amendments to the Income Tax Act, including changes to the general anti-abuse rule (GAAR).

The proposed changes are aimed at strengthening this rule along with introducing a 50 percent surcharge on tax avoidance.

The current version of article 33 of the Income Tax Act stipulating GAAR was adopted in 1988 in order to counter increasingly complex and tailor-made tax avoidance schemes.

It provides that where the Comptroller is satisfied that an arrangement is in one way or other designed to avoid or reduce a person’s tax liability, he may at his discretion disregard or vary the arrangement and make such adjustments as he considers appropriate, including the computation or recomputation of profits or taxes payable. The term “arrangement” covers any scheme, trust, grant, covenant, agreement, disposition, transaction and includes all steps by which it is carried into effect.

The proposed amendments remove the discretion of the Comptroller in deciding whether to apply the respective measures to counteract a tax avoidance scheme or not. The Comptroller will be obliged to disregard or vary arrangements so as to exclude any tax advantage obtained or obtainable by the taxpayer.

Moreover, it is proposed to introduce a new tax avoidance surcharge at a rate of 50%, starting from the 2022 reporting year.

These changes, if adopted, will require more attention from Singapore companies when planning the tax component of their transactions.

In late August 2020 Al Jazeera, an international news network, published materials on some holders of so-called “golden passports” of Cyprus, that include people from China, Middle East countries (in particular, Iran, Jordan, Lebanon, UAE and Saudi Arabia), Russia, Ukraine and others. As alleged by authors of the publications, Cyprus’s policy of granting investment citizenship to foreigners may endanger the security of the EU.

It is reported that the media’s investigative unit managed to obtain a big number of official documents related to Cypriot naturalization procedures, namely – over than 1400 applications for citizenship containing the data of around 2500 persons (applicants and their family members). Many of them are or used to be politically exposed persons or large businessmen.

The by-country statistics of applications for Cypriot citizenship in 2017-2019 have also been published. According to the media, due to the verification procedure gaps existed during the specified period, Cyprus used to approve ineligible applicants, who would no longer qualify for citizenship under the new rules in force from 2020.

The Minister of the Interior of Cyprus, in response to the publications, stated that Al Jazeera network is “deliberately trying to damage Cyprus politically and economically”, and “is attacking our country through distortion, deception and impressions”. He also mentioned pro-Turkish positions of Qatar where the media’s headquarters is based.

The Minister noted that all persons named in the publication met the requirements then in force and had no criminal records in their countries of origin or residence. He also announced the start of investigation of the causes of the information leak.

The Cyprus Citizenship by Investment Program gained momentum after the 2013 financial crisis and came to be seen by the Government of Cyprus as a significant source of the state revenue. Among the advantages of a Cyprus passport for foreign investors is the ability to live, work or open bank accounts in Cyprus and other EU countries, as well as to travel without visas to more than 170 countries, including all EU member states.

The procedures under the Cyprus Citizenship by Investment Program are now aligned with the anti-money laundering laws and provide for a deeper checking of candidates, as well as the possibility of revocation of previously granted citizenship in case of involvement in serious crimes, imposition of international sanctions or putting on international wanted list.

The Hong Kong government announced on 20 August 2020 that the Comprehensive Avoidance of Double Taxation Agreement with Macao signed in November 2019 has entered into force. It became the 43rd tax treaty concluded by Hong Kong with its partner countries.

The Agreement will apply in respect of taxes on income derived for any year of assessment beginning on or after 1 April 2021.

Tax paid in Macau on income received by Hong Kong residents from sources in Macau will be subject to a Hong Kong tax credit in respect of the same income in accordance with Hong Kong tax laws.

Likewise, for Macau residents, double taxation will be eliminated by exemption from tax in Macau on income taxed in Hong Kong or by deducting the tax paid in Hong Kong from the tax payable in Macau.

Macau, in the same way as Hong Kong, is a special administrative region of China with broad autonomy, its own legislation, currency and tax system.

Rating of countries by the level of money laundering risk

The Basel Institute of Governance has published the ranking of countries by the level of risk of money laundering and financing of terrorism.

The risks have been assessed basing on the data of FATF (Financial Action Task Force), Transparency International, the World Bank, the World Economic Forum and other reliable sources.

The ranking covers 141 countries, with the first places being occupied by jurisdictions with the highest risk of money laundering, and the last – with the lowest risk.

According to the ranking, the highest risk is typical for countries such as Afghanistan, Haiti, Myanmar, Laos and Mozambique (1st five places in the chart), and the lowest – for Denmark, Slovenia, Sweden, New Zealand, Norway, Bulgaria, Finland, Andorra and Estonia (the latter has the lowest indicators in the ranking).

At the same time, the average money laundering and terrorism financing risk score across all countries in the 2020 Index remains high at 5.22 out of 10, where 10 equals maximum risk. In fact, only six countries improved their scores by more than one point. 35 countries went backwards.