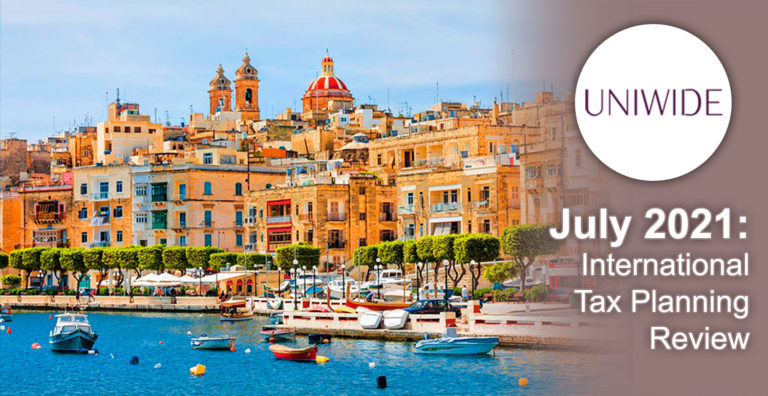 The European Commission reviews anti-money laundering and countering the financing of terrorism rules (AML/CFT). For the moment, the four legislative proposals have been presented for the Commission’s consideration. They provide:

In June, a framework for the global tax reform was agreed on the level of the G7, on which the US Treasury proposed a 15% minimum corporate tax rate. Now, this proposal has been approved at the G20 level.

The Organisation for Economic Co-operation and Development (OECD), which also participates in the negotiations with the G20, has informed that 130 states and territories have supported the package. According to Pascal Saint-Amans, the director of tax policy and administration at the OECD and the principal author of the promoted global tax reforms, the proposed rate will be at least 15 per cent, but it could be a bit higher.

According to Rishi Sunak, the head of the UK Treasury, the rationale behind introducing a minimum corporate tax rate is that the reform will cover the world’s largest corporations with profitability of at least 10%. Twenty per cent of any profits above the ten per cent will be redistributed and then taxed in countries where these companies are selling.

Some states have already begun to bring their legal framework in line with the said agreements reached within the G7, G20 and OECD. For example, Gibraltar has announced increasing its corporate tax rate from 10 to 12,5% to ease its further move to 15% rate following the planned reform.

Hong Kong’s Inland Revenue Department has reminded of the requirements for persons carrying on a business through the Internet. Such persons must comply with the same requirements under the Business Registration Ordinance (the “Ordinance”) as the other market players. If a person conducts trading or provides services online, and the relevant activities are carried out, or the services are provided in Hong Kong, the person concerned must apply for business registration.

If the Inland Revenue Department reveals activities that constitute a business in Hong Kong, it would advise and assist the business operator in applying for business registration. Failure to comply with the registration requirement may result in a prosecution against the person concerned.

Malta added to the UK’s list of high-risk countries

It is noteworthy that Malta has been included in the list after amendments made in July 2021 to the Money Laundering, Terrorist Financing and Transfer of Funds (Information on the Payer) Regulations 2017. It means that UK banks and other companies will have to apply enhanced due diligence measures and enhanced ongoing monitoring of their business relationships with companies and private individuals from Malta.

Malta, in its turn, has made a political commitment to focus its financial intelligence capabilities on countering tax evasion and money laundering and to increase transparency with regard to anonymous companies.