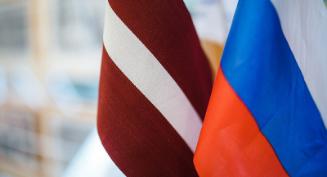 On 13 April 2018 Cabinet of Ministers of Latvia has amended Regulation No. 20 of 5 January 2016 that establishes Procedures by which a Financial Institution Implements the Due Diligence Procedures for Financial Accounts and Provides Financial Accounts Information to the State Revenue Service. This document contains a list of states and territories with which Latvia will exchange the financial accounts information. Russia was included in this amended list on 13 April 2018.

In addition, participation in MCAA and the implementation of automatic exchange provisions in national legislation do not automatically provide the possibility of the automatic exchange on financial accounts in practice. Each state that ratified MCAA creates a list of states with which it intends to exchange the information and submits it to the Secretary of the Organization for Economic Cooperation and Development (the organization that designed CRS, OECD). The exchange between two particular jurisdictions will be possible if both jurisdictions include each other in such lists.

The current version of Resolution No. 20 of the Cabinet of Ministers of 5 January 2016 (Resolution No. 20) contains a list of 103 jurisdictions with which Latvia is ready to exchange the information on financial accounts. Russia was included in this list on 13 April 2018.

In Resolution No. 20 it is mentioned that financial institutions of Latvia, namely banks, insurance companies, brokers, depositaries, and other institutions are required to provide information on financial accounts of residents of the Russian Federation to the State Revenue Service of Latvia not later than 31 July 2019. The first reporting period is from 13 April 2018 to 31 December 2018 (for all pre-existing and new accounts of private individuals who are resident in the Russian Federation, as well as for pre-existing and new accounts of legal entities, the beneficial owners of which are resident in the Russian Federation, if the balance on such accounts at the end of the period exceeds 250 000 US dollars).

In Russia an act called the Order of the Federal Tax Service of Russia “On approving the list of states (territories) with which automatic exchange of financial information is carried out”, similar to the Resolution No. 20 in Latvia, has not been adopted yet. The latest version of this list does not include Latvia, but before the final adoption of the act the list can be amended.