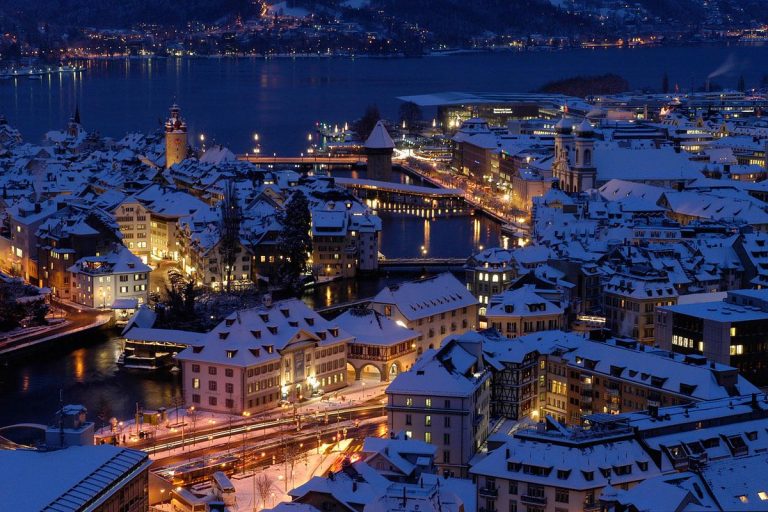 On 6 November 2020 Russia and Luxembourg signed a Protocol amending the bilateral Convention for the avoidance of double taxation and the prevention of fiscal evasion with respect to taxes on income and capital.

The main change is to raise the withholding tax rate to 15% on dividend and interest income.

Exceptions are provided for institutional investments, as well as for public companies at least 15% shares of which are in free float and holding at least 15% in the capital of the company paying the said income during the year. Interest and dividend income qualifying for such exemptions will be taxed at a reduced rate of 5%.

The amendments will not affect interest paid on Eurobonds, bonded loans of Russian companies or loans provided by foreign banks.

If the protocol is ratified by the end of this year, its provisions will apply from 1 January 2021.

The Forum noted significant legislative changes affecting 44 out of 49 previously analyzed tax regimes, 37 of which have been revised or abolished, and 7 are in the process of change. The remaining 5 regimes, according to the FHTP, currently do not carry base erosion or profit shifting risks.

Based on the 2020 assessment, the tax regimes of the following 18 jurisdictions have been found to be in compliance with the BEPS Action 5 minimum standard:

Besides this, one of the FHTP’s objectives is to ensure that companies from “no or only nominal tax jurisdictions” have a sufficient presence in such jurisdictions.

Currently all 12 jurisdictions (the list of which previously included Anguilla, Bahamas, Bahrain, Barbados, Bermuda, British Virgin Islands, Cayman Islands, Guernsey, Isle of Man, Jersey, Turks and Caicos Islands and the United Arab Emirates) have a regulatory framework with the “economic substance” requirements including collection and reporting to the regulator the required information on activities of the reporting entities.

On 11 November the Federal Council announced the entry into force of an amendment to the Ordinance on the International Automatic Exchange of Information in Tax Matters from 1 January 2021. The amendments follow the recommendations of the Global Forum on transparency and exchange of information for tax purposes.

The main change is related to increased attention to foreign persons investing in Swiss real estate. Starting from 2021, the reporting obligations for the purpose of the automatic exchange will be extended to associations of real estate owners. For these purposes, the due diligence requirements will be amended in relation to foreign owners of immovable property, the information on which will be subject to disclosure.

In addition, the obligation for reporting Swiss financial institutions to retain documents that could be useful for tax purposes or possible future investigations will be explicitly outlined in the law.

Foundations and non-profit organizations, as well as digital currency accounts, remain outside the scope of automatic exchange. The Swiss Federal Tax Administration also reserves the right to deny automatic exchanges to countries where confidentiality and security standards for information transmission are deemed unsatisfactory.

Switzerland has been participating in the automatic exchange of financial account information since 2018 and to the date has undertaken obligations to send information on accounts held by non-residents to 73 jurisdictions.

UAE allowed foreigners to own 100 per cent in local businesses

The Government of the United Arab Emirates announced the entry into force on 1 December 2020 of the rules allowing foreign investors to own 100 percent in the capital of local companies.

This refers to the limited liability companies established outside special economic zones, i.e. the local or “on-shore” UAE companies.

The new rules will not apply to companies in industries approved by the Cabinet, as well as to companies owned by the federal or emirates’ governments. In particular, they include such strategic industries as hydrocarbon extraction, telecommunications and transport.

Under the current rules foreign shareholders can own up to 49% in local companies, while a share of at least 51% must be owned by a UAE resident (“sponsor”). Under the new rules, legal entities or individuals will be able to establish and own UAE companies regardless of their nationality.

The business community welcomes this decision and expects an increase in foreign direct investment in the UAE.

More than 6000 Americans have renounced the US citizenship during the first nine months this year, and by the end of 2020 this figure may reach ten thousand (given that this number was less than 2000 in the same period of the last year).

In total, more than 37000 Americans have applied for renunciation of citizenship over the past decade. A significant increase in the number of people who renounced citizenship was first time recorded in 2013.

However, an even larger wave of renunciations is expected in future, since during the specified period of 2020 not all US embassies and consulates worked as usual due to coronavirus restrictions.

In most cases those who give up a US passport are citizens who already live outside the US and have a citizenship of another country.

Some say that among the reasons for the increase in the number of people renouncing American citizenship are the policy of the current Administration and the COVID-19 pandemic, which has severely affected the country.

However, when it comes to citizens living outside the United States, one should not forget about strict tax and anti-money laundering regulations (for example, Foreign Account Tax Compliance Act or FATCA, enacted ten years ago), that oblige citizens to declare all foreign assets they own regardless of place of residence, and the foreign banks – to report on their customers who are the US nationals.

To comply with these rules, citizens have to bear significant costs for tax advisers, and are facing problems when applying to foreign financial institutions. All this together can outweigh the advantages of the US passport and influence the decision to renounce the citizenship.

The revenue of the British Virgin Islands from company registration in 2020 has been dropped by 29,8 million USD (i.e. by 15%) comparing with 2019 and amounted to 168,9 million USD. The financial services industry, including company incorporation services, comprises up to 50 per cent of the territory’s GDP.

The decrease of this component of the state revenue may be caused by the following factors: