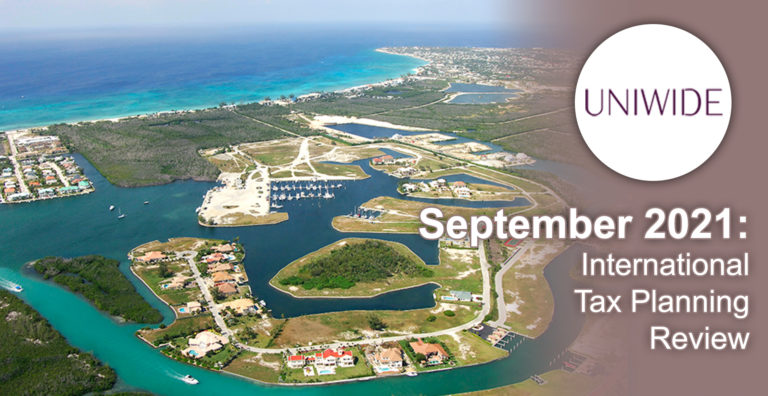 The collaborative research “The Missing Profits of Nations” by the University of California and the University of Copenhagen has shown the amount of the corporate profit tax revenue missed by budgets of the states in which the income was received.

Researchers estimate that around 40 per cent of multinational profits (more than $900 billion in 2018) are shifted to tax havens each year. This shifting reduces corporate income tax revenue by more than $200 billion, or 10 per cent of global corporate tax receipts.

According to the research, the loss of profit is the highest for the European Union countries. The United States multinationals shift comparatively more profits than multinationals from other countries. The shareholders of US multinationals thus appear to be the primary beneficiaries of global profit shifting. Moreover, this situation gives substantial benefits to governments of tax havens. By taxing a large amount of profits of companies they attract at lower tax rates, they generate more tax revenue, as a part of their national income, than the US and EU countries that have much higher tax rates.

The OECD has presented the summary showing key tax indicators of its member states. It consists of information on personal income tax, corporate income tax and value-added tax (VAT) in different countries.

Hungary is a state with the highest VAT rate among the OECD countries (27%). Switzerland and Canada have the lowest VAT rates (below 10%). The average VAT rate in the EU is 22%, which is a little more than the OECD average rate.

The Cayman Islands started consultations on the public register of beneficiaries

The Ministry of Financial Services of the Cayman Islands has published the consultation paper on the Enhancement of the Beneficial Ownership Framework. This document is not binding but is addressed to the interested parties who may answer the questions put by the ministry before 4 October 2021.

Based on the requirements of the Financial Action Task Force (FATF), Cayman Islands must by January 2022 impose adequate and effective sanctions in cases where individuals or legal persons do not file accurate, adequate and up-to-date beneficial ownership information.

Currently, only the information on the current directors, the entity’s registered office, the nature of business, and the financial year-end date are available to the general public. It is expected, however, that the public registers will become an international standard. The Cayman Islands and some other British Overseas Territories have undertaken to form such registers.

Recently we wrote that the Hungarian government argued against the said measure considering that it could undermine its financial sovereignty. Ireland is another state that opposes the reform on the terms that are currently being discussed.

The Irish government has declared that it will insist on the revision of the agreement proposed by OECD on the minimum corporate income tax rate. It is proposed to amend the requirement “at least 15 per cent” by removing the words “at least”. Ireland concerns that the original wording would allow raising the minimum threshold for the tax rate in the future, leading to ineffective functioning of the Irish tax system.

According to Pascal Saint-Amans, the Director of the Center for Tax Policy and Administration at the OECD, the proposed minimum rate will be 15%; however, it will probably be a little higher.